The local glossy magazine written for locals, by locals…

About Us & Our Services

English Riviera Magazine is published by Devon Magazine Company Limited. We are a team of writers, designers and publishers with decades of experience publishing magazines, books, annual reports, advertising, promotional literature and PR content for a multitude of businesses across the South West of England.

We offer copy writing and editing services. We can help you with most types of publication, or website content and we’ve written and edited local and national tourism, yachting, history, technical and trades based content for publications and websites with full SEO support for content marketing.

Whatever your business we can produce or edit well written content that will speak to your customers and get you noticed in print or online.

As a magazine publisher we design advertisements for hundreds of businesses – we’re not interested in flattering brands, but rather producing targeted visual communications that gets results through a combination of good design and tried and tested advertising methods.

These skills are tranferable to all areas of marketing and promotion. We can help you create eyecatching and compelling publications in print and online. We can also  repurpose content for presentations, websites, social media and events to support your marketing goals.

We have good relationships with local and national printers and POS manafacturers so we’re confident we can get great prices for your print projects too.

Quick, efficient, sensibly priced and highly professional – just call us for a friendly chat to discuss your project. 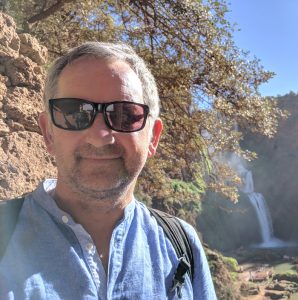 Julian spent 15 years with Devon Life magazine playing a significant part in its early development and integration into the Archant Life portfolio where its trail-blazing methodologies were used to launch Cornwall Life, Wiltshire magazine and Bride and re-energise other Archant titles in the South West including Somerset Life and Dorset magazine.

He has a broad knowledge of all aspects of design, print and publishing and has the ability to take an idea through to a top quality finished product. Together with Anita Newcombe he launched English Riviera Magazine in 2013 and has now helped a wide variety of local businesses achieve their advertising objectives through great advice, excellent design and creating compelling messages.

He is also responsible for the design, layout and production of many other local publications such as Devon Air Ambulance’s Helipad Magazine and a range of local websites, working closely with businesses to help them achieve outstanding results. 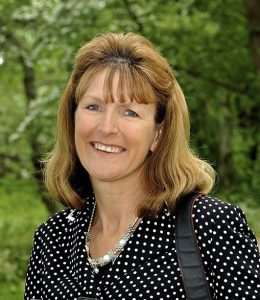 Together with Julian Rees she launched English Riviera Magazine in the summer of 2013 and it has proved a huge success, connecting readers and advertisers and strongly promoting the ‘Buy Local’ message at all times. They also launched Devon Magazine Company, which provides professional copywriting, editing, design and print services.

Anita lives in Brixham and loves running, walking and kayaking.

If you have a project that requires clear and concise communication backed up with smart design then drop us a line via the contact form.